You Are Here: Project ALigN

To reduce NOx and CO2 emissions in major German cities, a total of 475 new charging stations will be installed in the Aachen by autumn 2020 within the scope of the ALigN project. The massive, demand-oriented construction and expansion of the charging infrastructure in Aachen will be scientifically accompanied by RWTH Aachen University. In this context, the ISEA is dealing with the research and implementation of sustainable network concepts, taking into account transient effects at both component and system level. In order to achieve the greatest possible leverage effect, the focus of the application lies on fleet operators in the public and private domains. The resulting local charging hotspots pose major technical challenges to the grid operators in terms of grid load and stability, both in the higher-level distribution grid and at the local level.

ISEA-ESS investigates the use of battery storage systems to prevent bottlenecks in the distribution grid and the local charging hotspots. The storage systems introduce an additional degree of freedom with respect to the time of use of the energy generated on-site. Thus, by intermediately storing the excess energy during generation peaks, the need for throttling EEG plants can be minimized to increase the overall efficiency of the charging hotspots. In addition, the battery storage systems enable a time-limited increase in the available charging capacity beyond the capacity of the feeding distribution grid during peak load periods.

Parallel to the installation of the charging infrastructure in the Aachen area, ISEA-LEA is developing real-time simulation models to investigate the site-specific grid conditions and requirements. This includes models for the local charging hotspots and the planned battery storage facilities. In this way, a targeted design of the individual components and operating strategies can be carried out. The developed simulation models will also be used to analyze critical system states and alternative grid concepts at an early project stage. The model-based approach prevents the risk of hazardous situations and allows to derive recommendations for system modifications based on simulation results in the course of the project. Last but not least, the developed simulation models can also be used to scale and generalize the site-specific solution approaches in order to make them applicable in the context of other companies, cities, hotspots, applications and future scenarios. The knowledge gained from the investigated use case of charging infrastructure for fleet operators can eventually be transferred to future scenarios of a widespread roll-out of electric vehicles in Germany. 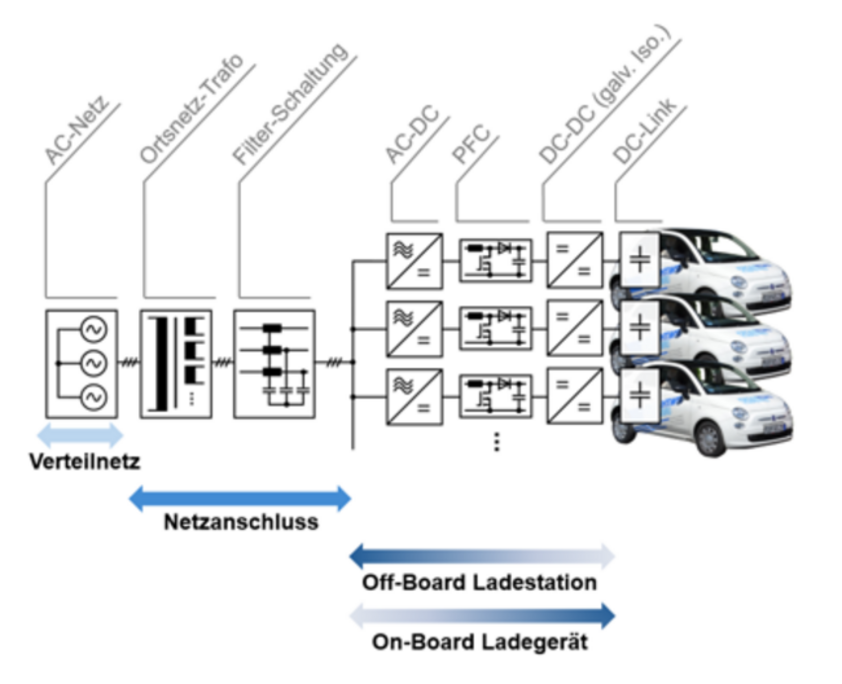