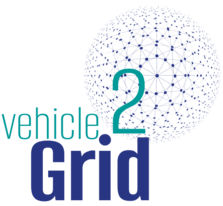 In the future, electric cars with their battery storage units will become part of virtual power plants. The power and energy capacity of all vehicles connected to the grid at any instant in time exceeds that of many power plants. This is referred to as a swarm power plant, which, in addition to charging or storing energy when needed, can also release energy to stabilise the grid. Bidirectional charging is the keyword. That this is no longer a vision but will soon become reality is shown by the numerous activities of car manufacturers, grid operators and operators of charging parks as well as billing companies.

Unlike a classic combustion engine vehicle, an electric car will for the first time be able to perform an important function during idle time, provided it is connected to a charging station. The argument that the traction batteries of electric vehicles are unsuitable for this has now been refuted by studies. "For economic and ecological reasons, we cannot afford in future not to use the controllable potential of 30 to 100 gigawatts that will be available via e-vehicles by 2030 for grid stabilisation," says Dipl.-Ing. Bernd Hömberg, who is responsible for automotive and energy topics, among other things, at the HDT, Germany's oldest technical training institute.

The revenue potentials of the various possible applications such as smart charging (V1G), vehicle-to-home (V2H), vehicle-to-grid (V2G) are being diligently discussed in the conference. These developments will pressure the legislator to allow operating modes, which reduce grid expansion or the integration of more renewable energy sources. Open protocols are necessary, but, of course, additional thought must be given to sealing them off from hacker attacks.

A widely available (semi-)private and public charging infrastructure is one of the most important measures to make the use of an electric car attractive and to exploit the potential for grid stabilisation and the achievement of future CO2 reduction targets. Policy can provide additional incentives.

The technology itself is already well advanced. In addition to removing some legal hurdles, it is now a matter of bringing together the various players such as car manufacturers, municipal utilities and grid operators, electricity suppliers, telecommunications companies and billing and metering specialists to develop and offer new business models.

The conference will be held as part of the Battery Conference 2022. The conference language is English. More information: https://www.vehicle-2-grid.eu/?lang=en